Flight Controllers explained for everyone.

The world of drones is a very new one. It is not more than twenty years ago that we saw the first drones that were not military or made by hobbyists. The most commonly known drone-type is the multi-rotor drone, which is currently primarily used for filming or inspecting from the sky. A very important component of the modern drone is a flight controller.

I entered the world of drones at the end of 2019 and have been learning about flight control in-depth ever since. In this blog, I am going to talk about flight controllers in a way everyone understands. This because drones can get technical real fast, but are not that complex if you look further into it. Let’s start with the obvious question first:

What is a flight controller?

What does a flight controller for drones do?

I noticed that everything a flight controller does can be classified within one of three categories: Sensing, controlling, and communicating.

The flight controller is connected to a set of sensors. These sensors give the flight controller information about like its height, orientation, and speed. Common sensors include an Inertial Measurement Unit (IMU) for determining the angular speed and acceleration, a barometer for the height, and distance sensors for detecting obstacles. Just like how we perceive as humans, the drone filters a lot of this information and fuses some to get more efficient and precise information. Advanced flight controllers can sense more precisely and detect differences more quickly.

Calculating the movements, fusing and filtering the sensory information, and estimating the safety and durability of a flight is all done by an algorithm. A fancy word that is used a lot nowadays which in essence nothing more than a set of strict rules that every microchip on the board has to apply to. The most commonly used flight control algorithm is called PID control: Proportional Integral Derivative control. Within this area, there is a lot of research going on, which resulted in INDI: Incremental Nonlinear Dynamic Inversion. This algorithm reads out and reacts to incoming information way faster, therefore making the drone flight more stable.

A key part of a flight controller is communication. A part of the sensor’s job is to give out information that needs to be translated clearly for a pilot to read, which means efficiently. An obvious thing to communicate is its battery level, which can decide if a pilot wants to fly further or return to the charge.

But communication goes further than from flight controller to human pilot; with the entrance of auto-pilot programs in the drone industry, flight controllers need to communicate with other computer systems about its flight destination and how to get there. Communication is mostly done with wi-fi and radio frequencies right now, but cellular solutions are also already in use. 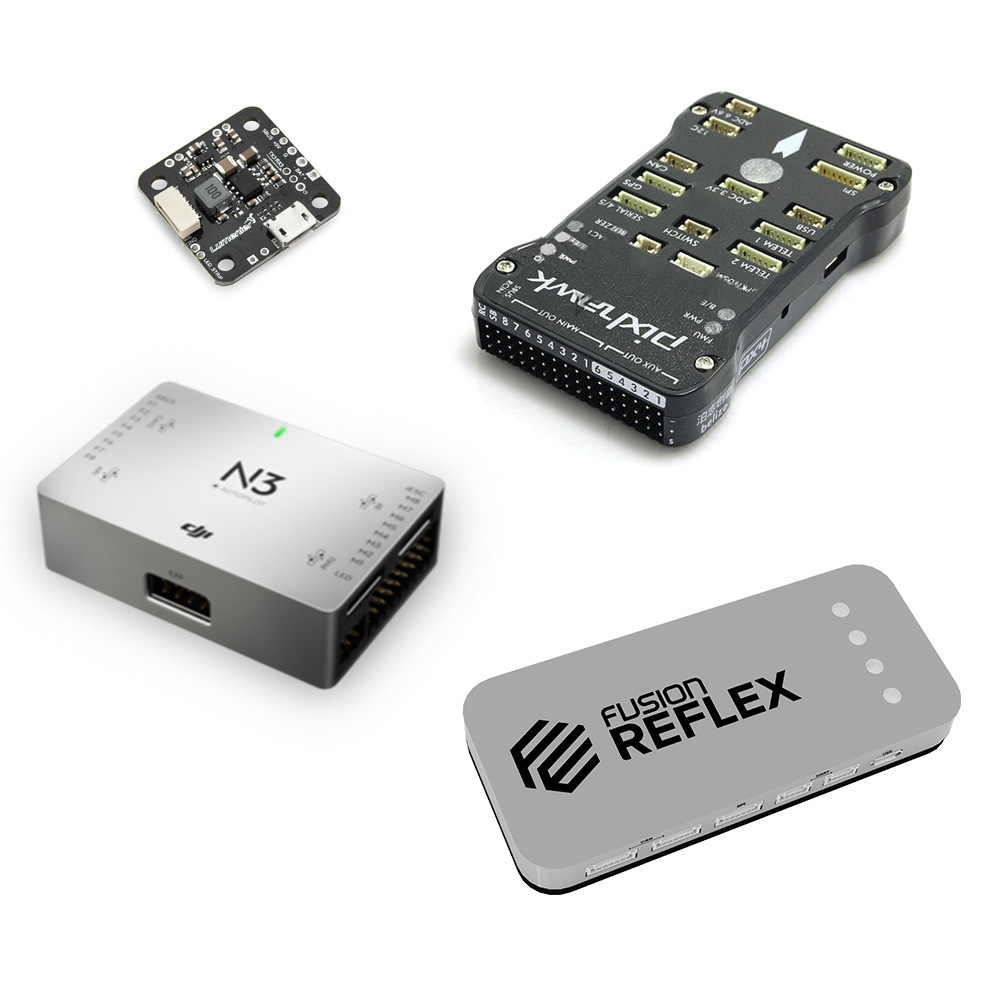 What kind of flight controllers are there?

There are a lot of different flight controllers on the market. They range from very basic to expensive systems. To make it a bit more comprehensible, I made four categories based on their users.

Well, that wasn’t so hard, right? You now know enough to understand that a flight controller is the most important part of a drone. For it to work properly, it needs a constant stream of ingoing and outgoing information, which it translates, filters, and channels in real-time. It really is like our own brains but made for flying.

The road to Fusion Engineering – An interview with Robert Crone